What are the biggest opportunities that 2022 is going to offer news publishers, and how can you capitalize from them? We have summarised some of the most significant trend predictions for the new year, made by key voices within the news publishing industry.

Fact-based journalism as a commercial opportunity

Amongst others, Alessandra Galloni, Editor-in-Chief at Reuters points out that:

“As politics and society become increasingly polarized and opinionated, there is a tremendous opportunity for publishers that offer impartial and unbiased news. Presenting rigorously fact-checked, fact-based journalism is a commercial opportunity”.

During the last years of the global pandemic, consumers have slowly started to regain trust in traditional news publishers. In the age of disinformation, consumers increasingly fear to be misinformed - especially about prevailing topics like the global COVID-19 pandemic. Thus, a commercial opportunity has arisen for publishers who can ensure a fact-based and objective news coverage.

Similar predictions are made by Julia Angwin, Founder and Editor-in-Chief at The Markup, and Izabella Kaminska, Editor of the Financial Times’ Alphaville blog. In their report: Tools in the Battle for trust, published on November 30th, 2021, WAN IFRA too touches upon the subject, and features advice from leading experts, as well as concrete tools on how to rebuild trust in journalism.

The value of audience insights and AI increases

Audience data is hardly a new phenomenon by now. Nevertheless, it is a great tool for news publishers to get to know their readers even better, and consequently also a field, which is predicted to keep increasing in importance during 2022.

Victori Newton, Editor-in-Chief at The Sun points out that they have achieved great accomplishments during 2021 based on journalistic skills and the use of audience data. She predicts audience insights to increase in importance during 2022, as it is an invaluable tool to help news publishers serve their readers better. Adam Cole, further argues that news publishers’ ability to gather first-party data will only become even more valuable, as we are moving closer and closer to a cookieless future.

Others yet, believe that audience data in combination with AI – artificial intelligence - will win even greater importance during 2022. Kris Barton, Chief Product Officer at Gannett is one of them, and according to Reuters Institute’s survey conducted amongst 246 media executives, and WAN IFRA’s survey conducted amongst 160 media executives, he is certainly not alone. Publishers are generally planning to ramp up their investment in AI over the next couple of years. Using AI for predictions of churn- and conversion-likelihood are considered of high importance to news publishers, while 77% of WAN IFRA’s respondents rate AI tools as either important or very important to their overall business success in 2022 and onwards.

Finally, there are also those who, like Francesco Zaffarano, Editor-in-Chief at Will Media, predict 2022 to be the year where quantitative data can no longer stand alone. Instead, news publishers should start asking their audiences what they need from their news publishers. When using quantitative audience data, news publishers primarily gain the opportunity to satisfy their current audiences. When using this knowledge in combination with audience data of a more qualitative nature, they will become able to build larger and more engaged audiences.

Audio as a means to audience relationship building

A keyword of 2022 evidently also appears to be audience relationship building. Some, like Nicolas Carlson, Global Editor-in-Chief at Insider, even argue that the biggest opportunity of 2022 is the same as always: “To figure out what readers and viewers want to know and engage them about it.”

Following the majority of Reuters Institute’s survey participants, audio content appears to be one of the predicted means to generate strong audience relationships during 2022, as audio content offers better opportunities for audience engagement and revenue than for instance text or video formats.

The growing consumption of digital audio content has already been a trend for some years, but within the last year alone, a much wider range of audio formats have emerged, such as audio briefings, audio articles, and audio messages. In fact, in terms of audience-faced innovation, the majority of media executives – 80% - plans to make further investments in podcasts and other digital audio content during 2022.

The key for revenue growth by means of audio, is predicted to be to acknowledge its ability to generate audience engagement. For instance, according to Eric Nuzum, Cofounder of Magnificent Noise, those who become successful podcast providers in 2022 and onwards, will be those who primarily focus on using podcasting to build and deepen audience relationships and engagement. In other words, you can no longer depend on audio driving revenue from day one. Instead, you have to shift focus to driving podcasting efforts, which will drive audience engagement and in turn secure sustainable revenue generation. Joni Deutsch, Vice president of podcast marketing and audience development at Podglomerate agrees. Because of the increasing supply of podcast offerings, it is more important than ever to focus on the relationship building aspect of podcasting to succeed. Thus, news publishers should make 2022 about prioritizing a new approach to podcasting, one that emphasises authentic connections with listeners and meeting their audiences on their terms.

Finite and direct forms of news to break through the clutter

This is not just the age of disinformation; it is also the age of information overload. There is high competition about consumers’ attention, and anybody who wishes to say something, can. In Press Gazette’s recent survey, leading publishers have great expectations to direct-to-consumer news forms as a tool for news publishers to break through the clutter and reach their target groups.

In 2022, Katherine Bell, Editor-in-Chief at Quartz, particularly have high expectations for email newsletters. Readers are overwhelmed by the news clutter in digital media. With their email newsletter, Essentials, which saw the day of light in 2021, Quartz summarizes key stories and deliver them directly in subscribers’ inboxes.

“…we changed the core of our membership to email, with four weekly emails that together distil the best of our analysis, acting a bit like a concise weekly newsletter. We’ll build on these projects and try new experiments in distillation and curation in 2022,” She explains.

Other means to break through the clutter and serve readers your content on a silver platter, is by means of the ever-popular messaging apps. Usage of messaging apps exceeds that of traditional social media, as consumers increasingly seek more private forums to communicate. Tapping into the usage of messaging apps like WhatsApp and Facebook Messenger, Tom Trewinnard, COO and Co-founder at Fathm believes will give news publishers the opportunity to form more direct relationships with their readers. Furthermore, messaging apps have the potential to enforce higher opening rates than traditional social media, as they are not regulated by algorithms. In other words:

“The news and content become the product, not the tech through which it’s being accessed,” explains Tom Trewinnard.

Whether it is news delivered via email or messaging apps, they share yet another denominator – they are finite forms of news, almost like we know it from traditional printed newspapers. Tamar Charney predicts this to be a predominant trend and preference of consumers in 2022 and argues that:

“ Daily news podcasts and newsletters are a growing way people are getting their news. Most daily news podcasts are relatively short, meaning that in 10, 20, or perhaps 30 minutes you can walk away feeling like you are pretty well informed. Newsletters also give you that sense of “Okay, I’m caught up,” so you can turn your attention to something else.

I expect this trend to pick up steam. People are reacting to the last few years of overwhelming news with self-care — and often that means breaking away from doomscrolling”.

Hungry for more on the news publishing trends and opportunities of 2022? Then we’ll strongly advise you to have a read through NiemanLab, Reuters Institute, and Press Gazette’s complete lists of predictions by key voices from the international news publishing industry. 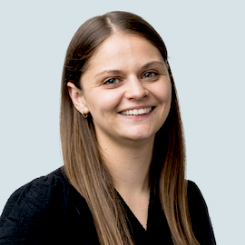