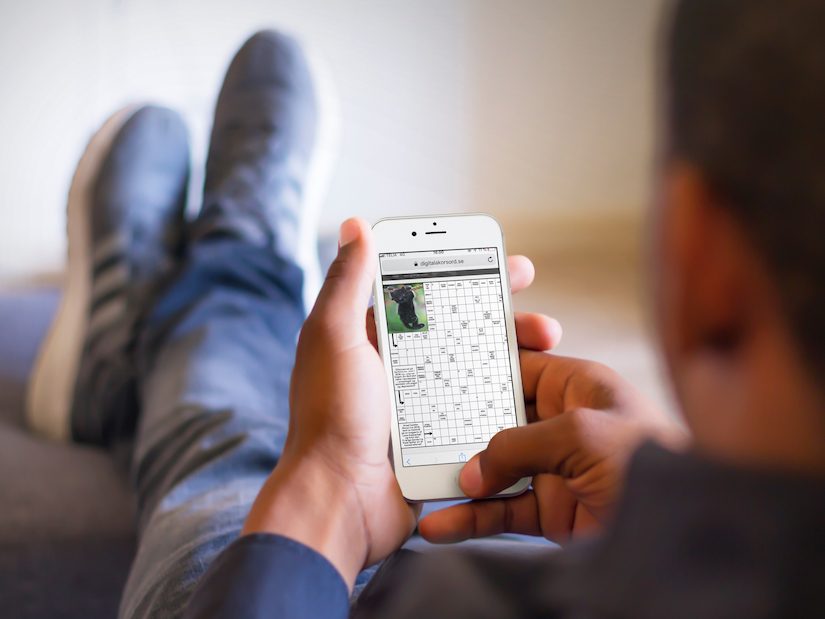 Here's why you should have Crosswords in your ePaper

Crosswords. Kind of makes you think of the coffee stained newspaper on your grandparents’ tile table, right? Well, the good old word puzzles are still very much alive and kicking, and media houses all around the globe consider them to be one of their digital edition's most important loyalty drivers.

Take Danish newspaper Kristeligt Dagblad as an example. They publish a daily newspaper from Monday to Saturday, while on Sundays they only publish a Crossword supplement. Now you would think that this would affect the daily download figures negatively, but that is far from the case. In fact, the Sunday publication average almost the same amount of downloads as the newspaper.

In other words, Kristeligt Dagblad are able to engage their readers all seven days of the week even though the newsroom staff only produces six newspapers. Simply because the readers loves solving crosswords.

On the other side of The Kattegat sea, Swedish newspaper Göteborgs-Posten also look to the crosswords for increasing their readers’ engagement with the ePaper. They always have a crossword page in their daily newspaper, and if you dig into the data, you will see that this is actually a very popular page. Thus, every sixth of Göteborg Posten’s digital readers interact with the crosswords on a daily basis.

So, the statistics is clear evidence that crossword puzzles still have wide appeal to this day. And directly asked, the readers also confirm this.

In a recent (June 2019) survey, users where asked to rate the relevance of being able to solve crossword puzzles digitally in the ePaper. And the feedback was that two out of five respondents found it to be ‘Relevant’ or ‘Very relevant’.

And it is not just at our longitudes that crosswords are business critical. American news giant The New York Times has a business model where they gate all of their content behind a paywall. Not just their journalism. Meaning that you need to have a subscription to the likes of food recipes and, you guessed it, crosswords.

The latter has exceeded 250,000 subscription alone. And at $6.95/Month, it’s easy to see a good business case in crosswords.

Want to implement crosswords in your ePaper?
Maybe you already have crosswords in your print publication, but haven't figured out how to make them interactive in your digital edition. Or perhaps you would like to introduce a crossword supplement on a given weekday. In either case, learn more about our Interactive Crossword by clicking here.