10 years with the iPad – and tablet based e-papers

10 years ago, on January 27, 2010, the now deceased Apple founder, Steve Jobs, unveiled the 1st generation of the iPad. At Visiolink we would like to pay homage to an invention that would go on to change the way we consume journalism.

It’s hard to tell what Visiolink would have been today if it weren’t for the iPad. Today, ten years after Apple's tablet went on general sale in America on April 3, 2010, it accounts for almost half (43,4 %) of the e-paper openings when we measure across our multi-platform e-papers. So, it's fair to say that the iPad has contributed to Visiolink's success throughout the years.

Back then, the iPad wouldn’t be available in Denmark before many months after the release, so our CEO and Founder, Jens Funder Berg, rushed overseas to a media conference in Orlando, Florida on April 10, 2010, where he retrieved no less than eight iPads – some of which he was carrying home for a couple of media houses that were also eager to get a hold of these new, fancy tablet computers.

The following month, Visiolink signed the first agreements with the two large Danish newspapers Ekstra Bladet and Politiken who were both looking for a supplier to handle the “delivery and operation of solution for reading e-papers on iPad, iPhone/iPod, and Android-based smartphones” as the original contract stated.

This became the start of development, launch and further development of hundreds of Visiolink apps with Svenska Dagbladet in Sweden and Amedia in Norway also quickly adapting the interest in native e-papers which today is a crucial digital component of the media houses' subscription models.

The iPad was like made for e-paper reading, and the excitement was huge in the Danish media industry with the prospect of the iPads coming to the Nordic countries. The former CEO of Berlingske Media, Lisbeth Knudsen, called it "a breakthrough in a new, attractive way to present newspapers"  – unlike some of the other e-reading devices that can be seen lying on the table next to Jens back in Orlando on the photo above.

"The first e-readers were very restrictive. It were black and white interfaces, there was no interactivity, nor do they make the images come alive. It was just a reading device. But this (the iPad) opens a whole new market to us newspaper and content producers where we can make the images come alive. And where there is direct interactivity to everything we want to put out" said Lisbeth Knudsen in an interview with Journalisten.dk.

iPads and e-papers - a match made in heaven
As one of the very first to actually own an iPad, and still a keen user, Jens Funder Berg is not hesitant to emphasize the impact the iPad has had on the media industry and not least the readers.

"By transforming journalism through e-papers, the media houses have received the best of both worlds; curated and edited content with the well-known credibility of journalism combined with the digital media's speed and flexibility - not least because of the convergence between text, photos, audio, and video. And for a decade the iPad has encapsulated all of this in the best possible way, so you can not do anything but acknowledge this remarkable invention on its 10-year anniversary" Jens Funder Berg states. 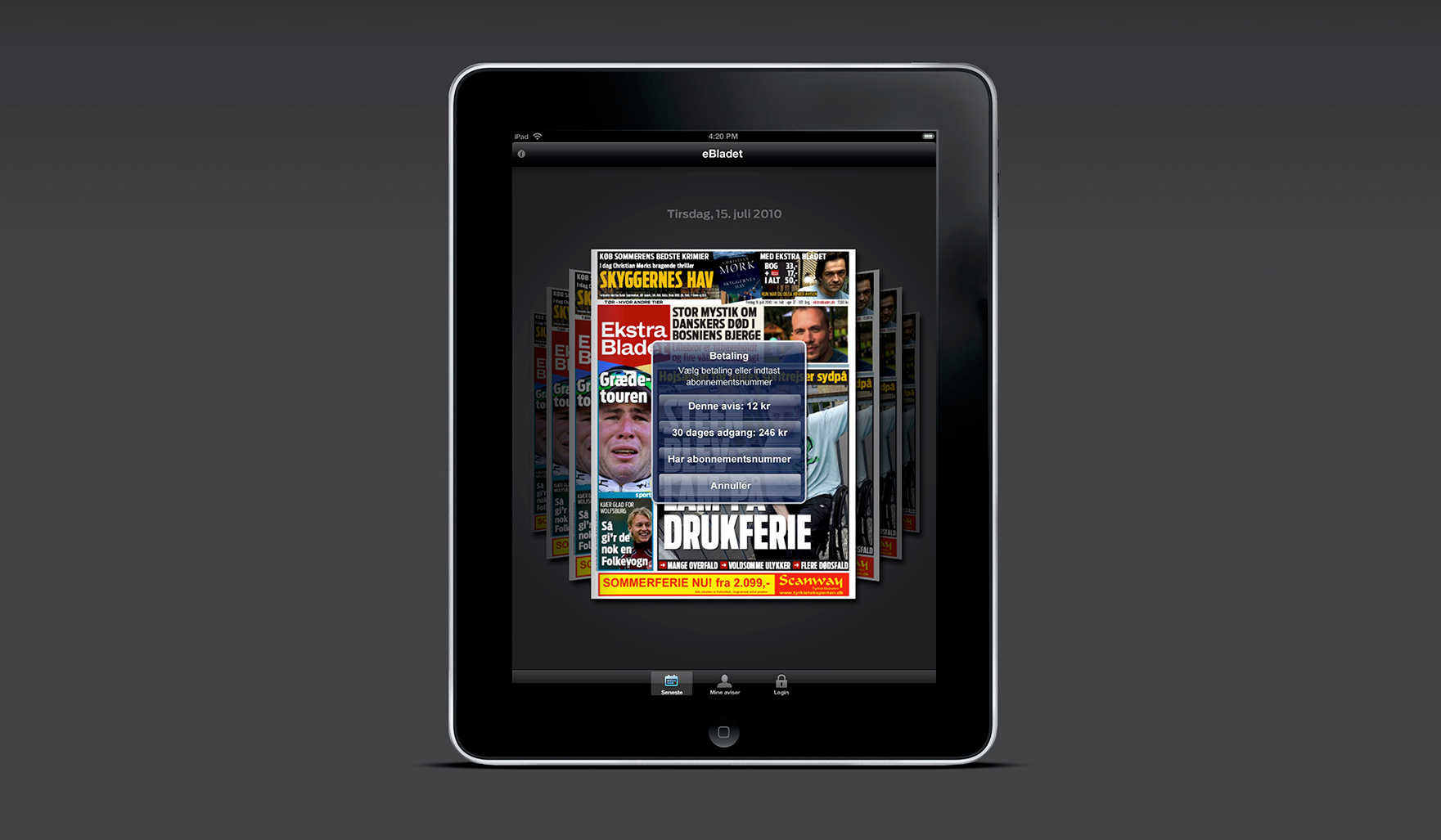 The prototype of Ekstra Bladet's very first e-paper on iPad.

The 1st Gen iPad-based e-paper
The first e-papers were merely a digital replica of the print newspaper, but as the iPad (and tablets of other brands) became faster and more powerful, new possibilities also emerged.

The newspaper is still the centerpiece in most e-paper solutions, but additional content formats and enriching features are just some elements of an extensive overhaul of the first iPad e-paper we developed 10 years ago for Ekstra Bladet as seen above. And the future has a lot more in store for iPads and e-papers in coherence.

Dear Apple. Thank you for the iPad.

Last week, on 1 September to be exact, Apple announced great news for news app developers. Start 2022, Apple is going to allow news apps to direct their readers to external websites for subscription management via an...