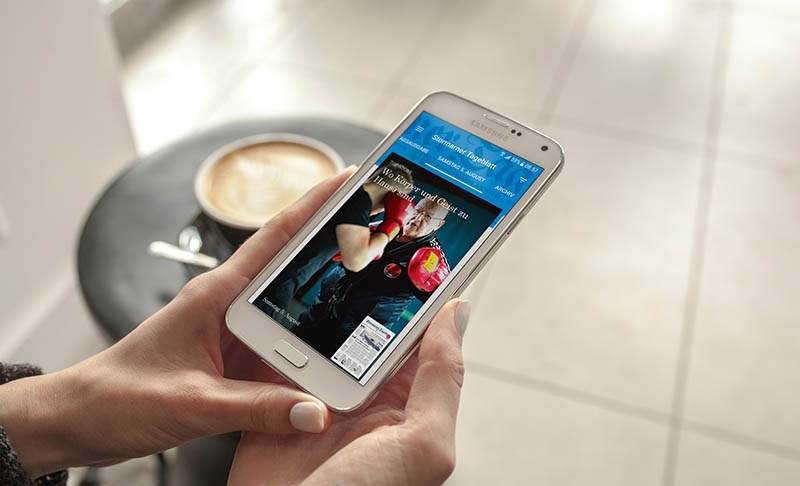 Mobile Edition focuses on the ePaper’s articles more than the traditional print layout. The well-known newspaper structure with top stories and sections are retained. And a PDF version of the newspaper is still available, if you want the full picture.

With a greater focus on the smartphone solution, the ePaper becomes a serious journalistic competitor to the internet’s abundance of easily digestible snack-news. It also gives editors more opportunities to experiment with newspaper setup digitally and create an exciting addition to the existing print-based digital solutions. Mobile Edition may even become a powerful tool to convert readers to the digital platform - and maybe prove a shortcut to a new audience of subscribers.

Mobile Edition is initially developed and tested for Android. Android hosts the largest concentration of European ePaper readers on smartphone. An iPhone version is expected to be ready shortly after Android beta test completion.

You can try Mobile Edition at the World Publishing Expo in Vienna 10-12 October, where you can also sign up to the beta test.