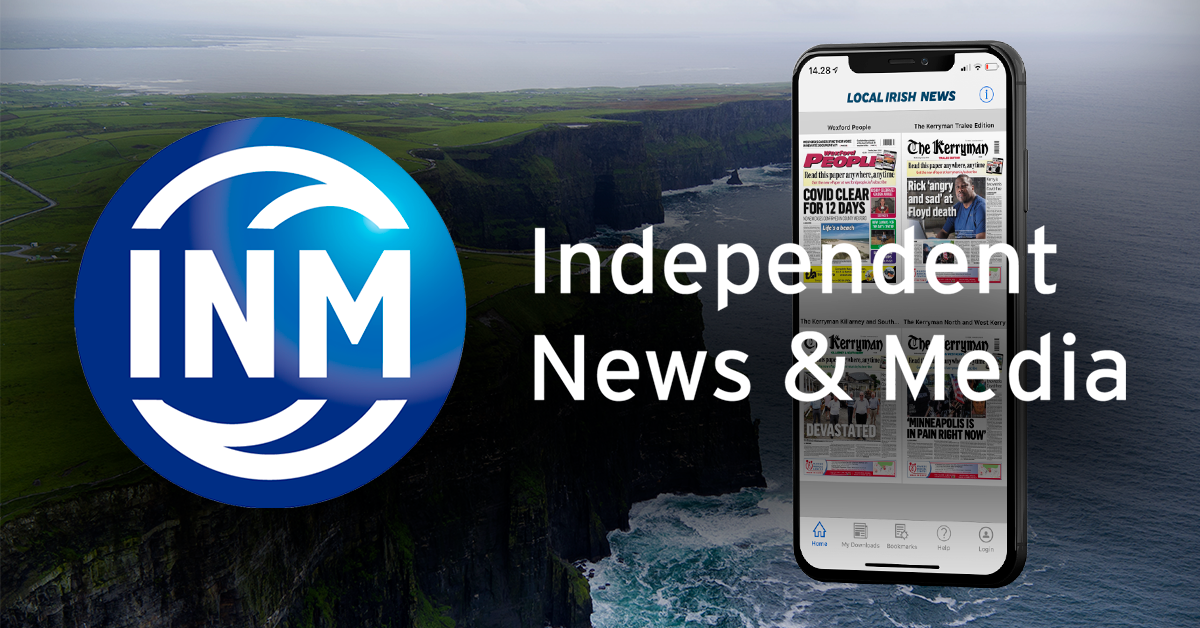 Independent News & Media has embarked on a digital journey

Despite only being 500 miles in a beeline away from Scandinavia, the ePaper hasn’t really enjoyed a similar level of demand, and thus success, in the British Isles. But this is a fact that Independent News & Media (INM) hope to change through a brand-new digital strategy with new subscription models and value-based promotion of their ePaper solutions and news sites.

Independent News & Media, Ireland’s leading print and online publishing house, was acquired by Belgium media group Mediahuis in mid 2019, and soon after Peter Vandermeersch was appointed as Publisher of the Irish subsidiary.

He is, in other words, the man in charge, and, together with CEO, Marc Vangeel,  responsible for bringing INM's five national titles – Irish Independent, Sunday Independent, The Herald, The Sunday World, and The Belfast Telegraph – as well as the 11 regional titles to a whole new digital level.

“I think ePapers suffer from falling between two stools. They aren’t fully native digital products, rather replicas of a print product in a digital format. Perhaps publishers in English speaking markets have assumed, therefore, that they are only of interest to older readers, or somehow less internet-y” says Peter Vandermeersch, Publisher at Independent News & Media.

“INM only started offering digital subscriptions this year. So, we’re learning as we go. In February, we launched a subscription model on Independent.ie. In May, it was the turn of the Belfast Telegraph. And in recent weeks we launched ePaper subscriptions for 11 regional titles. What we’re finding is that the ePapers are proving to be a huge value add for digital subscribers. There’s an appetite for these products – across all our brands” he states.

A digital takeoff
Over 22,000 people have subscribed to the flagship news site Independent.ie since INM launched the subscription model, and 26 % have signed up to the Premium+ bundle which includes access to the Irish ePapers. This has led to a 3x uplift in downloads of ePapers (across Irish Independent, Sunday Independent, Sunday World and The Herald) since the beginning of the year.

So, it’s beginning to look more like the Scandinavian standards in terms of demand, but Peter Vandermeersch stresses the importance of paying attention to all of their digital offerings as they complement each other:

“We’re beginning to see indications that relatively smaller cohorts of ePaper readers create significant revenue in terms of subscriptions. We’ll still need robust sites, optimized for search and social, that can serve the millions of readers that visit them every day. But ePapers are emerging as a key pillar for our subscription strategy. And a real draw for readers that want a product that gives them a sense of completion.”

“In general, we believe that digital will become increasingly important. However, regardless of the distribution channel, our focus must be on producing the best possible and trustworthy journalism for our readers and advertisers” Peter Vandermeersch states.

No time to rest on the laurels
The new digital strategy has gotten off to a perfect start – something which Peter Vandermeersch has difficulty finding a proper explanation to:

“We had projected that Independent.ie would have 8,500 subscribers by the end of the year. But we’ve far exceeded those projections already. The success is wonderful. Maybe we’re benefitting in a spike of registrations due to COVID-19, or maybe we weren’t ambitious enough with our projections. Who knows?“ he asks rhetorically.

“Regardless, we will continue to grow. We need to continue improving our digital products and promote them to new and existing readers – proving that real stories are worth paying for.”