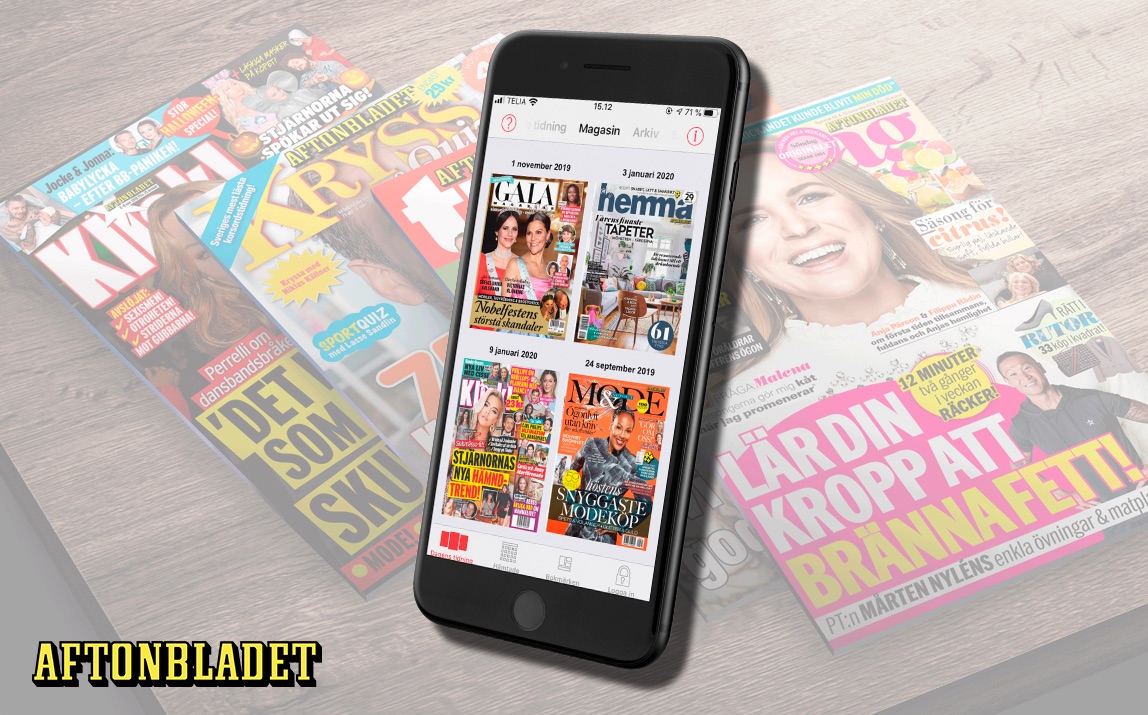 As one of the largest newspapers in Sweden, Aftonbladet accumulate thousands of publication downloads in their ePaper each day, and Stephan Thernström is hoping these figures will increase even further with the new app. And there's good reason to think so as the new solution has been well-received by the users so far, he tells.

“The upgrade is a real face-lift from the earlier version, and we get very positive feedback from our readers regarding the color scheme and the layout of the app. Many readers also appreciate that they can find the magazines together with the newspaper in the same app” says Stephen Thernström, Business Developer at Aftonbladet.

“We see the ePaper app as a complement to our print products and our ePaper's target group are first and foremost print readers going digital. But our expectations for the development in downloads is that we will see a significant increase from the earlier levels - especially with consideration that we’ve also included our magazines in the new app” he says.

Aftonbladet’s magazines - such as Sportshelg, Klick! and Söndag - play a very central role in the new app, thus, being displayed both under its own tab in the top bar and directly on the front page. Stephan Thernström explains that they »see the magazines as a complement to increase the time spent in the app.«

Aftonbladet's digital success
Historically, Aftonbladet has managed to turn a heavy decrease in print circulation from 2000-2010 into a very successful digital strategy, and they have so far amassed 250,000 digital subscribers.

“It is important to work long-term to build a solid and broad digital business with a good balance between costs, user revenues and advertising. But the pillars of our success have been a consistent focus on delivering the latest news, covering the biggest sports and being where the users are. That’s why mobile is also Aftonbladet’s biggest channel” says Stephan Thernström.

“A key factor to the high number of subscribers have been the balance of selling subscriptions through our journalism combined with attractive commercial bundles - for example, when our customers buy a football manager game”  he explains.

The new Aftonbladet ePaper launched in November 2019. It is available for both iOS and Android and can be found on App Store and Google Play Store respectively.